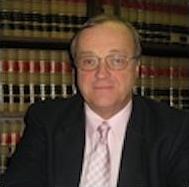 Attorney William H. Troupe has been practicing in the areas of Workers’ Compensation, Social Security Disability, and Disability Retirement law for over 40 years. During this time, he has established himself as one of the most respected and knowledgeable attorneys in these fields.

Attorney William Troupe received his undergraduate degree from the University of Massachusetts Amherst in 1967. After graduating college and while attending Law School at Suffolk University, Attorney Troupe worked in the insurance industry handling workers’ compensation claims for Liberty Mutual Insurance Company and was the New England compensation claims manager for the Greater New York Mutual Insurance Company. He received his law degree from Suffolk University in 1972 and began working for Laurence Locke Associates. While there, he had the privilege of being mentored by some of the foremost experts in Workers’ Compensation law. In 1990, he established the law firm of Hislop, Carney and Troupe, as one of the founding partners, before establishing the Troupe Law Office in 2009.

For over 40 years, Attorney Troupe has been recognized as one of the leading experts in his fields of practice. He has authored numerous articles that have appeared in various legal publications regarding workers’ compensation and Social Security Disability and is a past chairman of the Massachusetts Bar Association Workers’ Compensation Section. He has testified at the governor’s talk force on workers’’ compensation issues and at the governor’s asbestos litigation symposium. Attorney Troupe is a frequent lecturer at various continuing legal education programs.

Attorney William Troupe has received numerous awards and citations throughout his career. He has been selected by his peers to be included in the national publication, The Best Lawyers in America. He has also been inducted as a Fellow in the National College of Workers’ Compensation Attorneys, a national and prestigious group, recognizing experts in their fields of practice.

Contact Us
Practice Areas
Client Reviews
★★★★★
Adam and Bill helped me achieve wonderful results of my workers compensation and my accidental disability retirement cases. This was a very complex matter which they handled superbly. Highly recommended attorneys for any workers comp or disability related case. Mike C.
★★★★★
My overall experience with him was excellent. His overall communication was impeccable especially his ability to explain the law to someone not familiar with legal issues. He always had/made time to pick up the phone. No question was ever too small or insignificant. Lenny
★★★★★
In 1992 I was severely injured in a work related accident. It was apparent that my recovery would take years and I needed someone on my side to deal with the insurance company. Attorney Troupe made sure that the Insurance company lived up to their obligations and allowed me to focus on my recovery. Twenty three years later some physical issues came up. I contacted Attorney Troupe. He remembered my case like it was yesterday. Once again he took action and made the insurance company due the right thing. Bill
View More
Submit a Law Firm Client Review